I ran the Cardiff Half Marathon for the first time this year, and wrote this article for We Are Cardiff on it. Anyone got any spare legs I can borrow?? 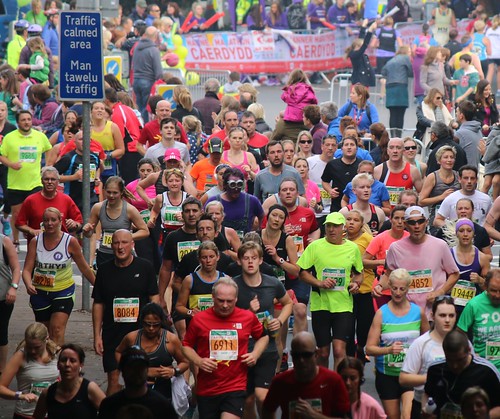 Hello! My name is Helia. We may not have met before, but I write most of the stuff on this site. When there’s no author given on an article, then it’s me. I ran the Cardiff Half Marathon this year. I was a first timer. It was amazing, and hard, but mostly amazing.

So I wanted to give you a peek into my first half marathon experience.

Also, a warning – this race was hard. Like, really hard. There were a lot of swear words that came into my head or out of my mouth at various points. I try and keep swearing off this site as much as possible, but in order to keep true to my experience, fruity language is ahead. If you’re of a sensitive disposition, or get grossed out easily (because there’s some gross stuff too), better go read something else. I…

But I’ve had a really good excuse! Honestly!

So, that massive headache of paper on the desk (yes I was having breakfast in Wetherspoons, what about it?) is MY NOVEL. Or something like a novel. It’s a really freaking long story.

THAT’S what I’ve been doing.

In case I haven’t mentioned it on here, and I don’t think I have, I am a MASSIVE Parks and Recreation fan. Leslie Knope is the greatest character ever created. Also I massively identify with parts of her personality, in particular her inability to focus on doing one thing at a time (I refer you to Season 4 Episode 16. ‘Sweet Sixteen’, where Leslie tries to run her campaign, work in the Parks department and arrange Jerry’s sweet sixteen birthday party, and ends up messing everything up because she’s spreading herself too thin).

I took some good advice from that episode, and also from my Editor-In-Chief, who told me I WAS NOT ALLOWED TO DO ANYTHING ELSE – NOT EVEN PLAN ANYTHING ELSE – UNTIL THIS WAS FINISHED.

Ron Swanson is not my Ed-In-Chief (although CAN YOU IMAGINE), but his advice is sage, and good for everyone.

That is what I am attempting to do. And hence, the radio silence.

The novel, or “the long thing” as I’ve been describing it to people, was spawned from a creative writing exercise I took in a novel writing class, last March, run by Cardiff University’s Lifelong Learning Centre, and tutored by the AMAZING Lynne Barrett-Lee.

If you’re based in Cardiff, and thinking about maybe taking a writing class, I would definitely recommend hers. As well as being a great writer, she is a really, REALLY good teacher. Those two things don’t always go hand in hand, but she’s brilliant. There are details about all Cardiff Uni’s writing courses here: Creative Writing and Media classes.

I had no idea about what I would write before I took the class. I didn’t even think I would write anything. I just wanted to take a class to try and get myself into the habit of writing regularly, and picked this one purely at random, because it fit my work schedule. I had not planned to write this story all my life, or anything like that. It literally (ha! literally) came from an exercise in that class, and then grew and grew, and here it is. One hundred thousand words later.

Over the past couple of weeks, I’ve been insanely busy putting together this radio documentary about ghosts in Cardiff!

Even more spookily, the programme broke the servers at Radio Cardiff, meaning only half of it was broadcast … spooky, eh?

Listen online below, and there’s a full tracklist and some thank yous over at We Are Cardiff.

Got myself a wee byline in the Metro this week. Read and enjoy!

I’ve been the evil overlady of the We Are Cardiff website since 2010, run a series of successful social media accounts and campaigns. I’ve also made a full length film and radio documentaries, and I do a fair bit of photography.

For examples of my work, go here.

I’ve been a professional journalist writing mostly about music for far longer than I’d actually care to remember (since 2001, if you must know…). I’ve written for Rolling Stone, NME, CRACK magazine, as well as various titles that have come and gone in that time (Sound Nation, Plan B, Kruger). I also wrote the first unofficial biography about Lady Gaga, published by Orion in 2010.

A vague collection of journalistic highlights are kept here: Articles

I went to Glastonbury for the FIRST TIME EVER this year, and blogged about it over on the We Are Cardiff site. Read on for my experiences!

Bit of a misleading title seeing as the GREATEST FESTIVAL ON EARTH was nearly two weeks ago now. It’s taken me THIS LONG to recover and manage to write up my experiences. If you’ve no interest in reading about HOW AMAZING GLASTONBURY IS, then you best toddle off and read something else. 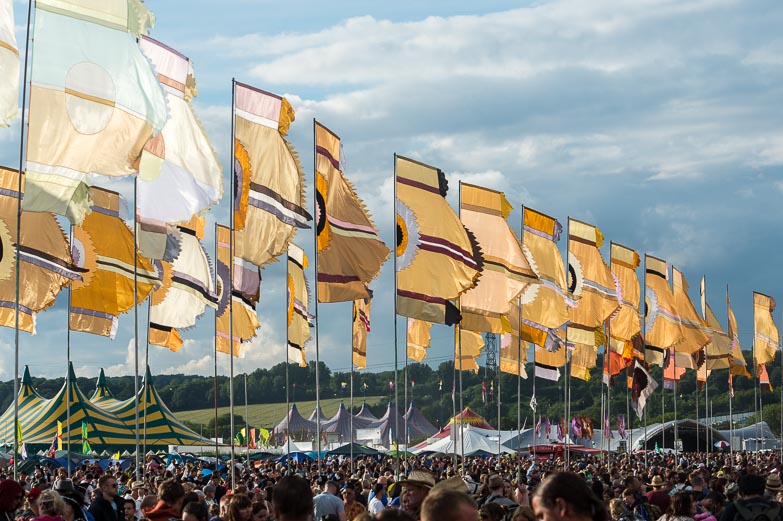 So. Firstly, a confession. Or an announcement. My name is Helia Phoenix, I am 33 years old and up til this year, I was a Glastonbury virgin. There are a lot of reasons – I wasn’t allowed to go as a teenager, early 20s I was too chicken to jump the fence and I couldn’t afford a ticket, blah blah. All the powers of the universe converged this year to allow me the disposable income for a ticket, and a friend who managed to get through and get me one. So, I was in. Signed up. Ready…